...I took the kiddos to a musical Friday night. D's bff's younger brother (who's one of E's friends and in her class) played Winthrop in The Music Man. It was fun, but since the last performance I saw of that musical (also a high school performance) was unbelievable, this one fell a little short. Still, the teens were enthusiastic, the costumes were very nicely done, and they did a good job. (I will say that the orchestra and a the barbershop quartet were wince-worthy, however.)

...we didn't get home until 10 Friday, and E was dragging...and she woke up clearly not feeling well Saturday. Plus, we woke to this: 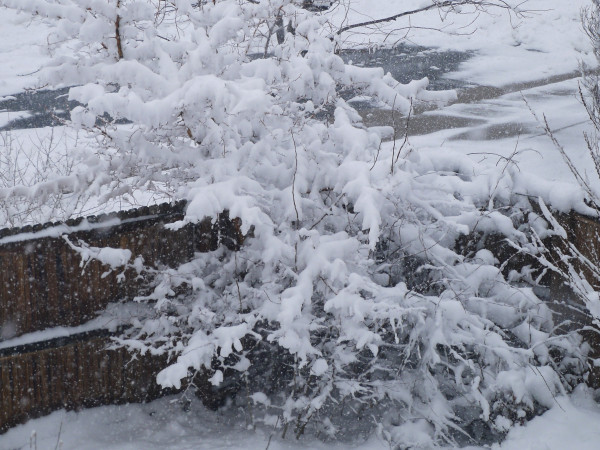 We went to piano lessons regardless (the roads were very wet but not at all slushy -- but visibility wasn't always great). When we got home, I plied both kiddos with soup, juice, and cuties (tiny tangerines). But E was still feeling icky, so DH found two friends to take her and my tickets for the Nuggets game.

...D's bff was dropped off Sat. evening, and DH took off with the boys (it had stopped snowing by then -- in fact, the skies were clearing). The Nuggets won, the group had very good seats, and it was a successful evening for all (E was in bed early-ish, so I had a quiet house...ahhhh).

...D's bff spent the night, and on Sunday, we woke (after springing forward the clocks -- we all slept in a little bit but not as much as I'd like) to this: 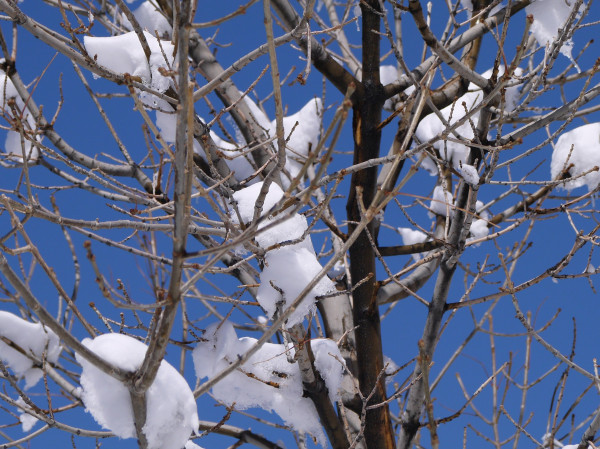 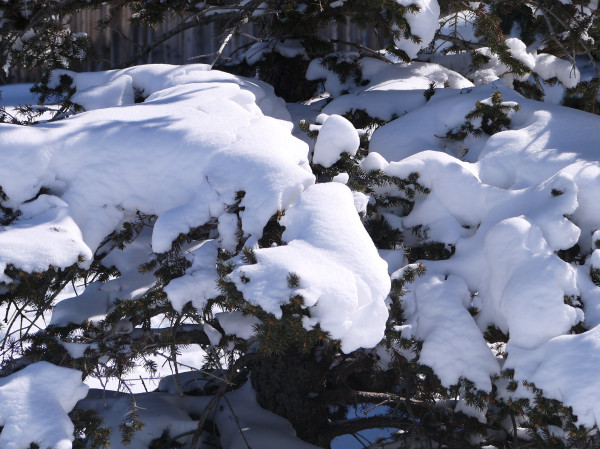 ...and the kiddos went sledding (though E had to quit early -- I didn't want her to overdo it). 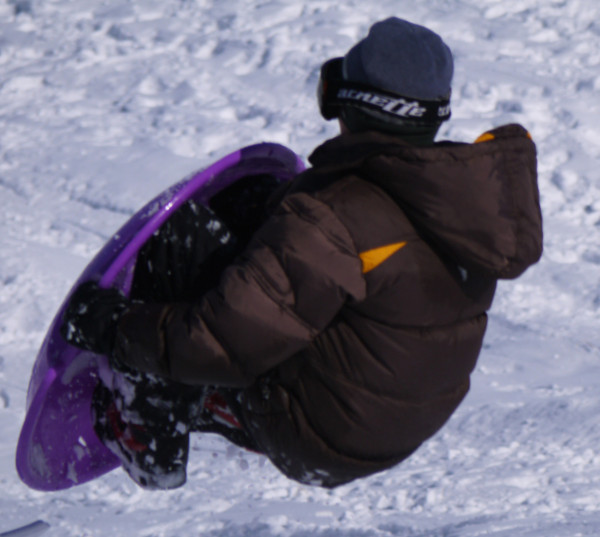 ...I had tons of work to do Saturday, but I got it all done -- which meant yesterday was calmer. So we did a little cleaning, a little work, tons of laundry (ack), and then I got to relax and read (and watch TAR, of course). I will just say, without actual spoilers, that I thought the couple who lost -- okay, the one half of that couple -- was bizarre! I was just as confused as Phil...but they totally deserved it.