...the weekend was okay, all in all. Our neighbors are nice people (and intelligent), so it was easy to talk with them. The only real downside was the lack of sleep (I got about 10 hours combined Fri and Sat nights). They have two young children (boys -- 2 and 4). Even though their kids are well-behaved, they're still typical boys that age, and their wake-up time was around 6 am...and the younger one cried a few times during the night, as well.

...I think it was a good weekend for D -- he got to ski (said it was his best time ever) and swim at the nearby rec center (E liked that part too). But he also got very little sleep Fri night, especially. 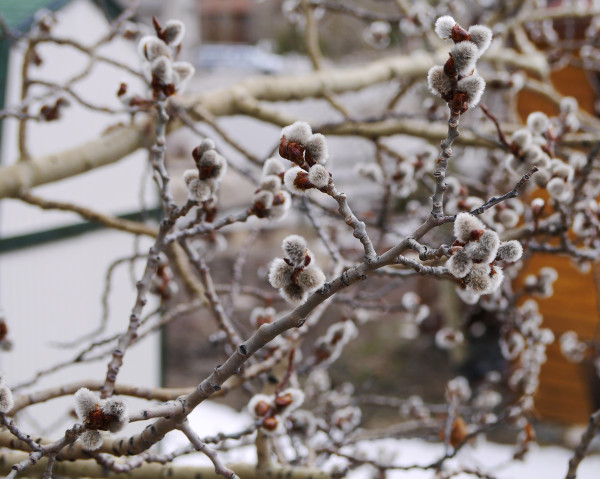 (here are the buds Saturday afternoon) 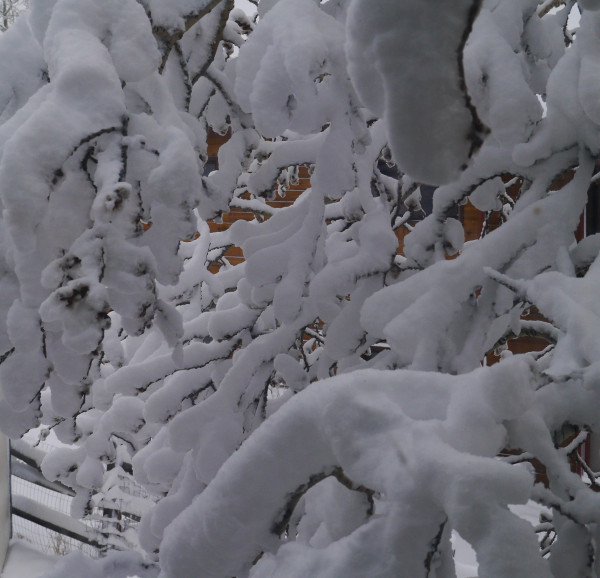 (this is the same tree Sunday morning)

...and we were worried about the drive home: 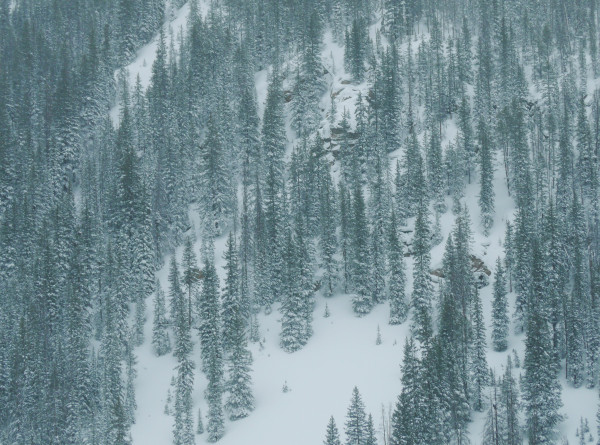 (right before we entered the Eisenhower tunnel) 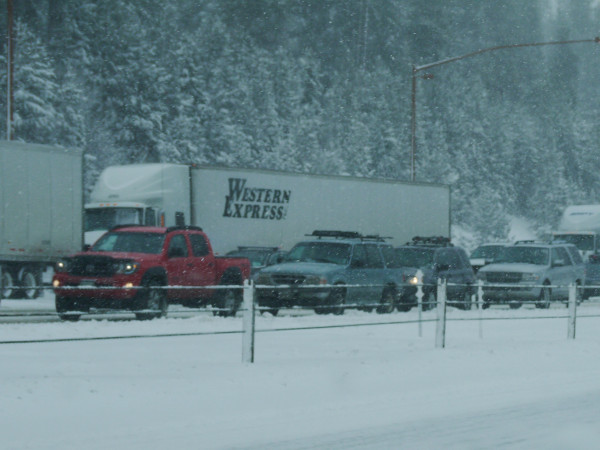 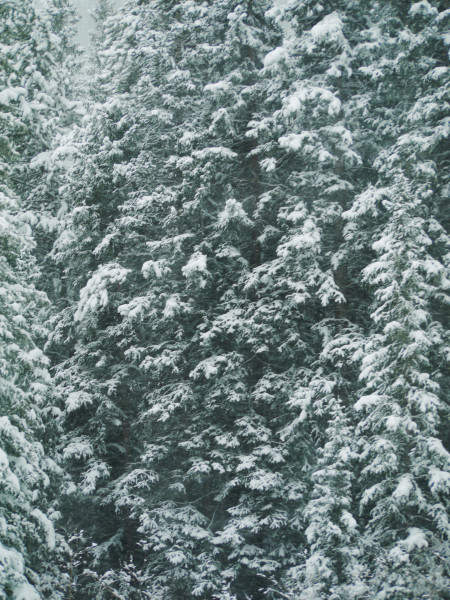 (the snowy surroundings on the Denver side of the tunnel) 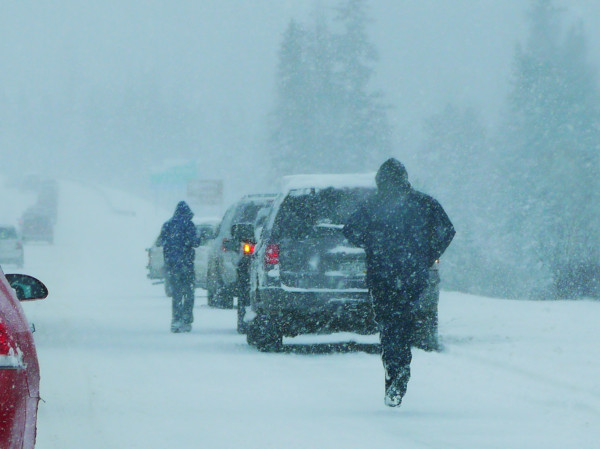 (the four-car accident we barely avoided -- the highway was a skating rink! We were moving about 5-miles an hour, and we just slid until DH got us off the main part of the road...fun times)

...so we were home before 10:30 am -- and here, only an hour away (well, when the weather's nice), it was sunny with blue skies (though very windy). I tried to nap (it didn't work), and then DH and I 'coached' D's flag football team. We were taking care of defense, but it was quickly obvious that DH knows MUCH more about football than the actual coach (we're only assistants) -- and thankfully, the other guy, who's very nice, let DH teach some basics (um, like how to hand off a pass, how to carry the ball, how to back pedal -- stuff that the other guy hadn't even considered mentioning). The boys still lost, but at least they only lost by 14 this time (and they scored three touchdowns, so they were happy about that). I think they'll be even better next week. :)

...I enjoyed TAR last night, of course. I love the Swiss cheese stuff, and I wondered if people all over cheered as the losing team got eliminated. It reminded me of the other elimination this year (with the fast pass) which was such a relief -- this team also just needed to go. I don't think I could've taken another week of that dysfunctional (and whiny) relationship!

...I was so tired, I was in bed before 10. I didn't get much more than 8 hours, however, because I woke up in the middle of the night and had a hard time getting back to sleep -- STILL, 8 hours felt pretty darn good! Now, if only I can do that a couple more times, I might actually feel 'normal' again ;)

Anything outstanding in your world this weekend? (Btw, the snow has come to us today -- and for the next few days -- but I don't think they'll cancel school again, since they 'used up' their day last week.)
Collapse