...it's starting to feel like summer -- just as we thought, it kind of skipped spring and jumped straight to summer. It's not 90s-hot yet, but I believe the high today is supposed to be 80 (and it feels it in the sun).

...it was quite warm (er, hot) for D's flag football game yesterday, which they lost (again). Still, D played quite well, and he had fun. 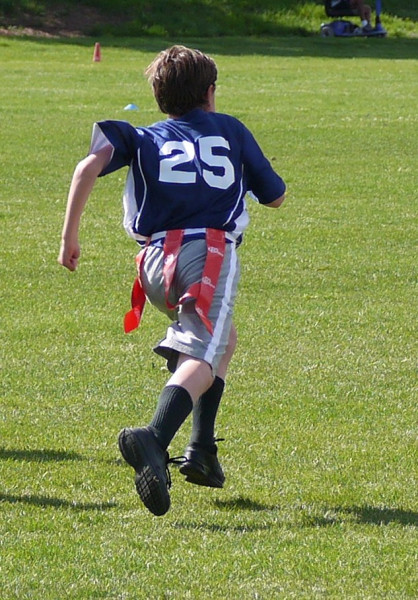 ...we had my parents and my brother and his kiddos over for brunch, yesterday. DH cooked the egg/veggie scramble, and I cut up fruit. It was yummy, and after lunch, my parents stuck around for a bit so D could play a game (he *loves* games). I got about 30 minutes to myself, and then it was flag football time.

...my MIL came in for the game, and we went out to eat after that. (A side note: she's a lovely person, but she has interesting 'plans' sometimes. She said she wanted to cook for us -- it was 6:00 -- and when I said no, she was a little put out, I think. But I know from past experience that it would've taken her at least an hour and closer to 2 to prepare something...and we hadn't eaten since brunch.) Anyway, we had some yummy Mexican food along with truly yummy margaritas. :) The kiddos even got to stay up a little later to finish a mah jong game after that. 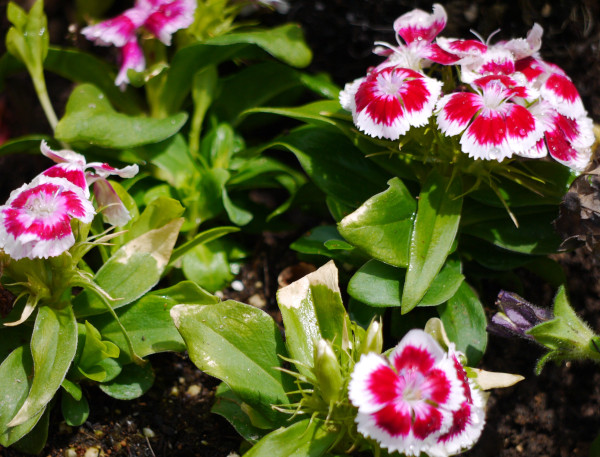 ...I also 'fixed' the doors so the kitty can't scratch the weather stripping. We had particle board nailed in front of the stripping, but he just tore through that. Now we have thicker planks, and I don't think he'll be tearing through those anytime soon -- ha, take that, cat! :D

Today, I hit the trail, despite the warmth. It's a lovely day, thanks to a gentle breeze. Hope it's a good Monday for you! :)
Collapse