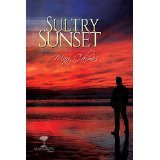 ****-
Sultry Sunsets, by Mary Calmes -- recommended for those who like male/male romance, those who like her Mangrove Tales, and those who don't mind a rather brief story arc -- Dreamspinner Press, 5/15 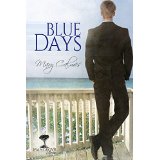 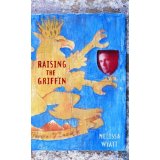 ***+
The Body Institute, by Carol Riggs -- recommended for those who like unique sci-fi, those who like ***politics surrounding personal freedom versus government control, and those who like teen romance -- Entangled, 9/15

*I really do adore Brennan's writing style, but I'm not a huge Dickens' fan. Once I realized the story I was reading (well, a re-telling of aspects of that story), I lost some of my enthusiasm...but the writing works for me, so I finished it anyway.

**I've never read TPD, in all honesty. I saw the movie(s), of course, and I actually picked up the last one, just to see where the author had it ending (but I only skimmed the book). This version is darker, broodier, and I had a hard time liking the MC. I also didn't love the resolution (okay, without spoilers, I did really like the very end -- like that last two pages or so).

***I thought the political hints in this were the most intriguing aspects. Imagine a world where the government insists that not only does everyone have to have healthcare (yep), but the government also gets to determine punishment if people aren't taking care of themselves in a manner the government agrees with. Whew!

****I rarely come across asexual characters in teen books (this might be the very first time), so I appreciate that Ashby included Nash. He's a thoughtful, intriguing character -- and I like his own humor regarding his asexuality.

On Deck: Well, I'm about to head off for the library... ;)
Collapse