* I felt so much for Riley -- my heart hurt when reading Riley's trials. Riley is gender fluid, so those looking a more traditional story and character might find this less comfortable, but it's a great and worthwhile read, imo.

** This reminded me a bit of Prey, though it was more horror-weighted than tech-weighted. Still, it was entertaining, tense, and easy to read.

*** The main girl was main, but the other two seemed more deliberately obtuse (or desperate). I think it was fairly realistic, but I'm not a fan of characters who can't think past their own shallow feelings. 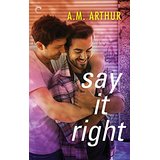 **** Both main characters in this have had troubled pasts filled with drug use and other challenges. Although not overly graphic, the book does delve into life on the streets for gay, homeless teens (and those who will do anything to get their drugs).
Collapse